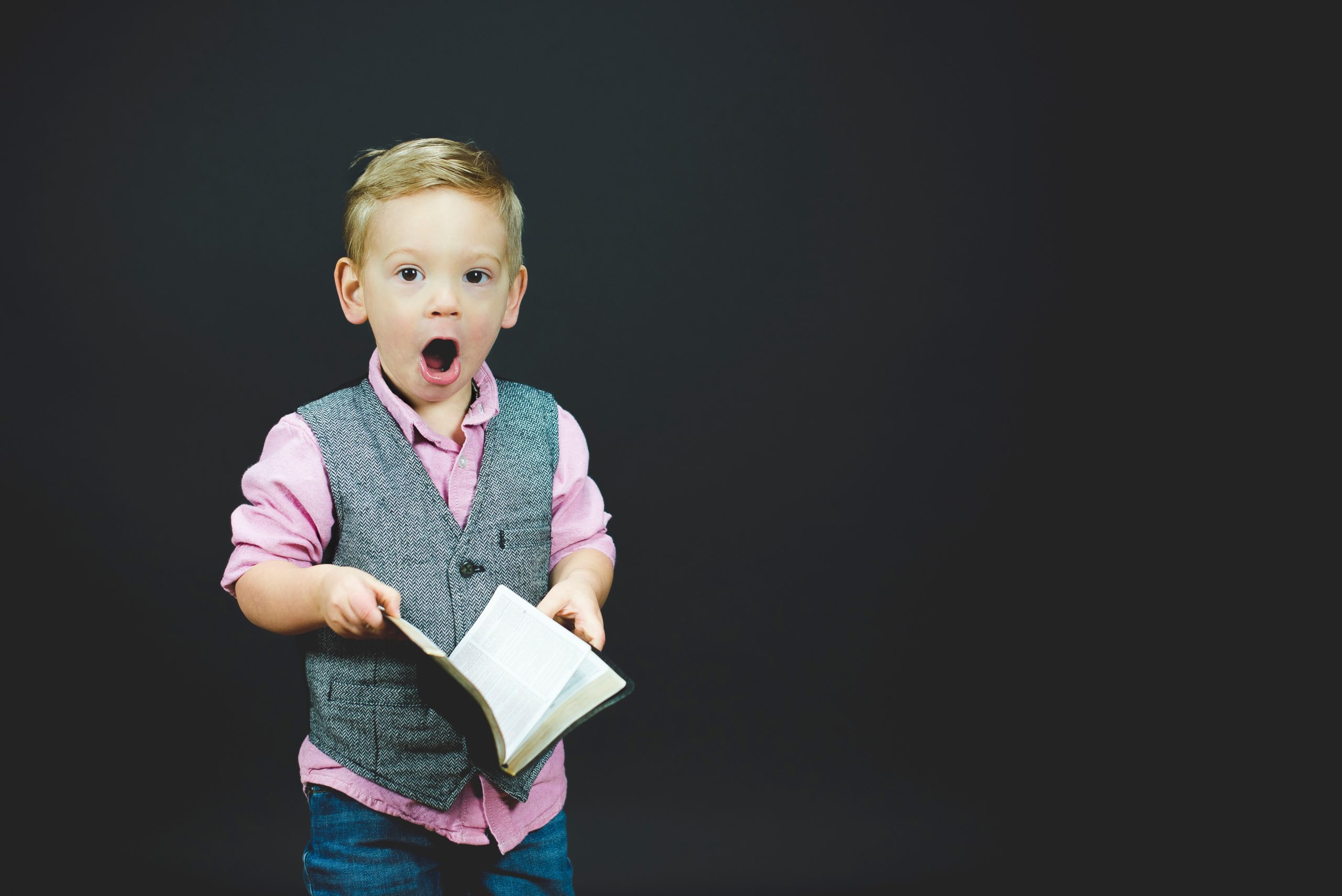 Big sisters can’t help but want to fix their little brothers. It’s an innate talent, a God-given duty, really. Some little brothers need a big sister’s help to stop picking their nose. Others with taming a stubborn cowlick. But my five-year-old little brother needed help with something different: saying his /r/ sound correctly.

Eight-year-old me made it my number one priority to “help” Lincoln with this tricky sound. My methods were unconventional to say the least. I modeled for him how to roar like a lion, emphasizing the two /r/s in “roar.” That didn’t work. I instructed him to repeat the word “rabbit” one hundred times. That did not produce the desired outcome either. Lastly, I coached him to yell “racket” at the top of his lungs on our front porch, which I’m sure our neighbors loved. Surprisingly, this ridiculous approach worked! My parents were incredulous. They allowed our “therapy sessions” to continue because 1) they wanted to humor me, and 2) he was actually making progress.

Eventually, my brother outgrew it—probably because of his overall maturation, but I’m still going to take credit for it. In all seriousness, this silly story is what shaped my career path. The moment he made his first good /r/ sound, I felt instant joy. I realized at eight years old that helping others made me happy.

Fast forward to my high school years; I was desperate to figure out what career God had in store for me. I had many interests: journalism, psychology, teaching, nursing, and more, but I didn’t feel God leading me in a specific direction. I felt anxious entering my senior year without a plan for my future because many of my classmates appeared to have theirs mapped out.

I reflected on what I wanted to accomplish through my work. I decided I did not want to choose a career based on a salary, job perks, or status. I wanted a job where I could help people. I knew if I could find that, I would find fulfillment.

I narrowed down my career to be a nurse or a special education teacher when God led me to the field of speech-language pathology. One of my mom’s friends was a speech-language pathologist who worked in a skilled nursing facility and recommended that I explore the profession. I did a lot of research and found it to be a perfect hybrid between nursing and teaching. I decided this was the field I would pursue and never looked back.

About this time, I met my future husband at Bible Quizzing nationals in 2012 in St. Louis, Missouri. A former quizzer, he had just graduated from college and was headed to law school. He appeared driven and ambitious. We hit it off right away and stayed in touch throughout the next year. He came to watch me quiz again at nationals in 2013, where we began dating.

With God’s help, Ben graduated from law school number one in his class in 2015. He then clerked for a justice on the Texas Supreme Court in 2016. That same year, I graduated with my undergraduate degree in Communication Sciences and Disorders and was accepted to graduate school. In 2017, Ben finished a clerkship with a federal judge on the Fifth circuit and decided to move to Washington, DC, for work. He wanted me to go with him so he proposed and I said yes.

At twenty-two, I graduated with a master’s degree, got married, and moved to Washington, DC, to start a new life with Ben. He accepted a job with the Justice Department in the Civil Rights Division as chief of staff to the assistant attorney general. God blessed me with a wonderful externship opportunity at Georgetown University Hospital working with patients in acute care.

After completing my externship, I accepted a job at a small private practice working primarily with the pediatric population. My caseload consisted of children with down syndrome, autism spectrum disorders, dyslexia, articulation disorders, hearing impairment, and receptive and expressive language disorders. I was putting everything I had learned in school into practice and loved every bit of it. Ben was also enjoying his job at the Justice Department.

In January 2018, my husband received the exciting news that he had been selected to serve as one of four law clerks to Justice Samuel Alito on the Supreme Court of the United States. This had been a dream of his for many years and was no doubt an answer to prayer. We were ecstatic because we knew this would open many doors for him down the road.

When Ben transitioned from the Justice Department to the Supreme Court, I felt the timing was right to make a transition myself. I left the private practice I was working for and started working at a public elementary school. My caseload quickly doubled in size and is now comprised of students with autism spectrum disorders, apraxia of speech, learning disabilities, intellectual disability, articulation disorders, fluency disorders, voice disorders, and receptive and expressive language disorders.

On a typical day, I service thirty to thirty-five students in a small group setting. I work with nonverbal students on using their communication device to greet peers in the hallway and to communicate simple wants and needs like “I want cookie.” I work with other students on recognizing when they hear “bumpy speech” aka dysfluent speech and encourage them to slow down, take a deep breath before speaking, and let air out as they speak. I help other students speak in grammatically correct sentences or use “good sounds” if they have an articulation disorder.

When I am not providing therapy, you can find me in IEP meetings, screening or testing students, or writing reports. I tend to work two to three hours in the evenings documenting my therapy notes or prepping for therapy the next day. The job can be stressful at times but it is incredibly rewarding.

I have the privilege of working with students from a variety of ethnic backgrounds and home lives. It is unfortunate, but I have students on my caseload who are homeless, who have been taken away from their families and put in the foster care system due to parent drug abuse and mental health issues, and some who already battle depression at eleven or twelve years old.

I do my best to connect to each student on a personal level. They know when they come to the speech room, Mrs. A. expects that they work hard. But they also know I care about them. I have had students confide in me about their parents’ divorce, about a father’s physical abuse, and about being bullied. I often go home thinking about them and find myself praying for them. I am grateful for the opportunity to work with these kids and strive daily to show them God’s love. For some of them, it’s very possible I am the only person in their life who prays for them. In this way, speech-language pathology has become more than just a job to me. It has become a ministry.

Written by: Bailey Aguiñaga. She is a speech-language pathologist in Alexandria, Virginia. She is also a member of her church’s praise team, serves as a Sunday school teacher, and coaches a junior Bible quizzing team. In her spare time, Bailey enjoys traveling with her husband, Ben, reading, long-distance running, and playing piano.

Christian Women in the Workplace Dealing with Infertility and Loss

Dealing with Infertility and Loss