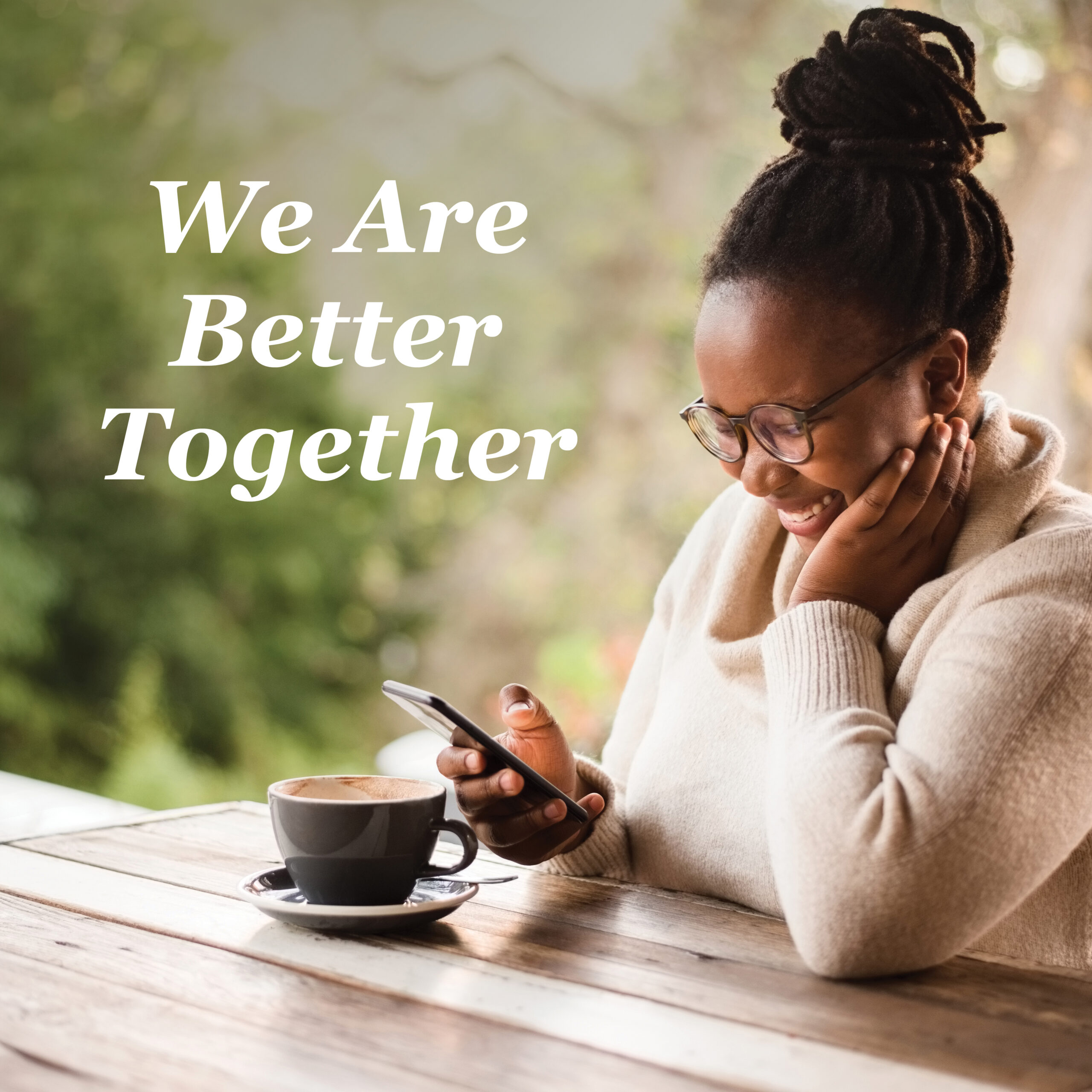 We Are Better Together

Stop reading this article and text someone right now and tell them how thankful you are to have them in your life. Right now. Seriously. Finished? OK, let’s continue.

We are living in a crazy world. If you are not a fan of technology, this year must have been the most difficult year you’ve lived through. Right now, our greatest asset as families, friends, and churches is technology. Families stay connected with FaceTime, friends get their laughs from group messages, and churches stay together with streaming. We need technology.

According to behavioral psychology, you can create a habit in twenty-one days. If you continue in that habit for sixty-three days, you will have formed a belief.

When Jesus called His disciples, He had them follow Him. Jesus’ disciples followed Him in behavior but after spending time with Jesus, they believed. Belief always follows behavior.

As of this writing, we have been in the COVID-19 chaos for over twenty weeks—one-hundred-plus days. We have soared beyond habits and more than doubled the amount of time it takes to form a belief. We are being conditioned to believe what all we are being told by our national and global leaders.

What have we been told during this time? You are better locked up in your home isolated. Gathering together is bad. Being closer than six feet to someone is detrimental to your health. Singing in service can spread the virus. Praying together in an altar area is toxic. We are better alone.

Over half of all Americans now admit to being in depression—because this is never how we were supposed to live. Hebrews 10:25 tells us to not forsake assembling together. Psalm 68:6 tells us that God puts the lonely in families. Why? Because we need each other. We are better together. We must take our loneliness into our own hands and actively defy what our culture is trying to make us believe. I need you. You need me.

During this time of quarantine, I listened to a pastor pour his heart out on a podcast. He said that when he was at the lowest point of his life, nobody reached out to him. So, he took his loneliness into his own hands and decided that if it was in his power, he would never let someone suffer in silence again. So, one day he texts all the A names in his phone, the next day he texts all of the B names. He continues through the alphabet and then starts over with A after twenty-six days. Why? Because he learned that loneliness was in his power to fix.

Why did I ask you to text someone before reading this article? That’s why. Loneliness is in your hands. If you feel lonely, reach out. If you are in depression, tell someone. If you feel despondent, cry out to the God who hears you.

We must not fall prey to the notion that we are better alone and that gathering is bad. It is leading to the highest suicide and depression rates our nation has ever seen. What can you do during this time to stay connected? Here’s a few ideas we implemented at First Church.

When every thought and conversation we have is negative and worst-case scenario, our brain gets accustomed to driving in those ruts. The neural pathways become so established that it is difficult to pull yourself out of them. The process of neural pruning must come into effect. It’s training your mind to not think on the negative.

Wake up each morning and thank God for ten things for which you are grateful. The way we frame our thoughts physically trains our brain. If you frame everything negatively, it digs those ruts a little bit deeper. The more toxic thoughts you have, the more anxiety, stress, and bad habits you develop. The more anxiety, stress, and bad habits you have, the more your brain emits cortisol. The more cortisol that is released, the weaker your immune system becomes, making your fear a self-fulfilling prophecy.

Take your loneliness into your own hands. Stop focusing on all the bad in the world and trust the God that said He will never leave you and never forsake you. We are in His hands—but loneliness is in our hands.

Reach out today! We are better together.

T’Neil Walea is married to Tyler Walea, pastor of First Church, Pearland, Texas. She is the mother of three: two girls and a baby boy. T’Neil works full-time for IBM while serving the First Church family.

Christmastime at the Bernard Homestead