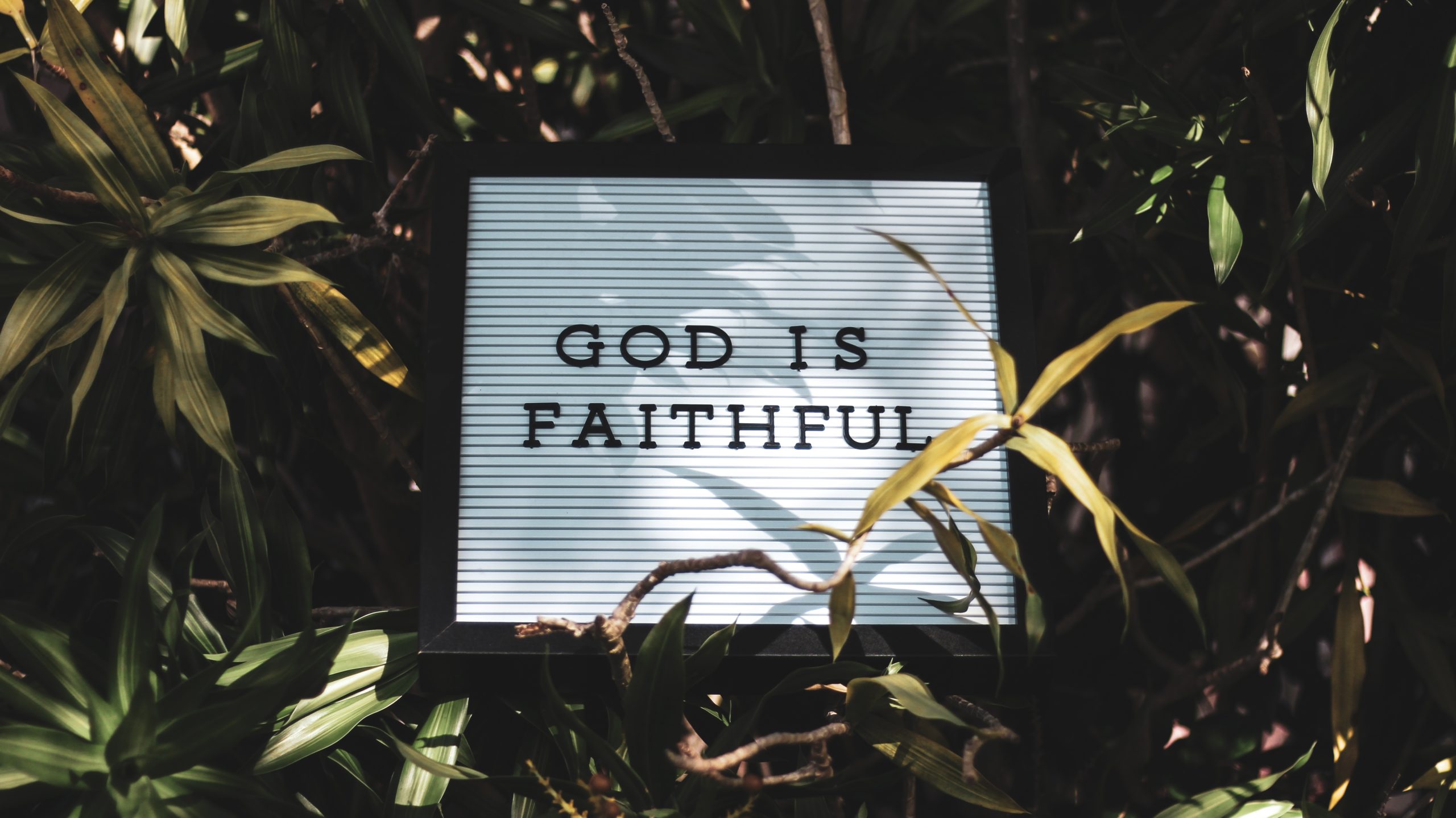 Great Is Thy Faithfulness

My daughter was the loudest kid in the store that day. Everyone we passed was looking, I didn’t care. At the top of her lungs she sang, “I love my mommy. Oh yes, I do. I love my mommy and she loves me too.” If ever I had been on one of life’s mountaintops, I was on one at that moment. Our sweet girl, Tayla, came into Child Protective Services (CPS) care at five weeks old. She first entered into the care of a relative. That placement was deemed unsuitable almost as quickly as it came. She was moved to a foster home, where she stayed for several months, but after daycare workers began to notice abnormalities in her care, an investigation was conducted and her placement was again deemed unsuitable.

CPS found Tayla a new placement in the loving home of Pat and Syvilla Stacy. Syvilla worked our church nursery every Sunday morning, and I would swing by to check on things—but mainly to hold cute babies. It is here that her path crossed ours.

Now at this point of our story, I picture myself in one of those scenes where time rewinds and the caption at the bottom of the screen reads, “Ten years earlier in Port of Spain, Trinidad.” It was my last week in Trinidad after spending the summer there on a mission trip. I was walking away from an orphanage I had visited throughout the summer for the last time before returning to the States. I was holding a folded-up coloring sheet that one of the boys had slipped into my hand as I walked out the door. As I unfolded it, I saw a picture of a green dinosaur/monster/slug (the jury is still out on that). I smiled, folded it back up, and took it home to America. When I left the orphanage that day, the picture wasn’t the only thing I took; I also took a feeling, a burden, an undeniable calling that I knew God had placed on my life to help orphaned and abandoned children. Children who found themselves without a home, without parents, without someone to fight for them. For years that burden grew. I visited orphanages, held babies, and every time I looked at that “slug,” I knew that one day I would do something to fulfill my calling.

Fast-forward five years, and my handsome husband entered the scene in the cafeteria of the Bible school I attended. Within weeks, we were smitten. We dated almost four years, and I probably told him four-hundred times that I wanted to adopt one day. As we began to talk about marriage, the topic was always in the conversation. Marriage, have kids, then adopt kids, live happily ever after—in that order. But after marriage the reality of our situation was that life didn’t go as we planned, and before we knew it, we found ourselves talking about adoption first.

Time passed and on one of my weekly trips to love on the babies in the nursery, someone who knew my heart for adoption whispered in my ear, “I feel like I need to tell you that Tayla’s case plan is moving to adoption.” And in a moment that burden I felt standing outside of the orphanage holding my slug rushed back. I knew. I knew she was ours, and now I only need convince my husband.

Luckily, it didn’t take much, and we began the process of fighting for Tayla to become ours. Because we had known her for so long and no relatives had come forward as an adoptive resource, we were the front runners. Our only hurdle was, we hadn’t completed a single step of our training to become foster parents and this was a requirement for placement. It seemed impossible. It would have to be done quickly in order for the judge to keep a child pending without an adoptive placement. It seemed we didn’t sleep for months. We created a nursery, took classes on our lunch breaks, we worked and cried and prayed and prayed some more. As is always the case when trusting God’s timing, Tayla’s case stalled giving us just enough time to complete the training. She moved into our home on June 28, 2017. We officially adopted her on November 17, 2017. I stood there that day with my precious daughter in my arms and a heart overflowing with love and thankfulness.

Today I write as someone who can say my greatest pain became the source of my greatest joy, and when I look back over my life, my heart cannot help but sing:

“All I have needed Thy hand hath provided;

Great is Thy faithfulness, Lord unto me!”

Tayla has a mommy. I have a daughter. What a beautiful miracle.

Currently more than one hundred thousand children just like our sweet Tayla await adoptive homes in the US Foster Care System. James 1:27 admonishes, “Religion that is pure and undefiled before God the Father is this: to visit orphans and widows in their affliction, and to keep oneself unstained from the world” (ESV).

Written by: Brooke Holley. She is the office administrator at Life Church in Wichita Falls, Texas. She is wife to Cameron and mommy to Tayla.

A Divine Appointment in the Lunch Line